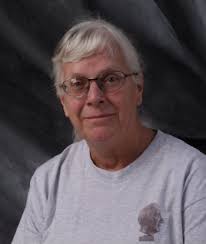 Barbara Bowen passed away in Autumn 2019, leaving a legacy of outstanding work in Renaissance humor and facetiae with a primary focus on Rabelais and Montaigne. She was a meticulous scholar and superb linguist, as is evidenced by one of her more labor-intensive and extremely valued publications, “Renaissance Collections of facetiae, 1344-1490: A New Listing.” Renaissance Quarterly 39 (1986), 1-15.  She was the author of five major books, including Enter Rabelais, Laughing (1998) and Humor and Humanism (2004), an anthology of her articles. But what cuts across her research throughout her career was an abiding interest in the early modern emblem. She was on the editorial board of Emblematica early on and was publishing in this area even prior to the great boom of emblem studies in the 1980s. Most notable in this regard, from among her many articles and conference presentations are ““Lingua quo tendis? Speech and Silence in Renaissance Emblems” in French Forum 4 (1979), 249-60; “Emblems, Elephants and Alexander” in Studies in Philology 80 (1983), 14-24; and “Two Literary Genres: the Emblem and the Joke” in  Journal of Medieval and Renaissance Studies 15 (1985), 29-35; and most notably, perhaps the crowning achievements of her career as an emblem specialist, “Mercury at the Crossroads in Renaissance Emblems,” in The Journal of the Warburg and Courtauld Institutes, 48 (1985) 222-29, the result of her fellowship at Villa I Tatti in Florence in 1982.

Bowen continued to explore key themes and topoi of applied emblematics in presentations such as “Housewife on Tortoise: A Renaissance Emblem topos” at the Sixteenth-Century Studies Conference in Saint Louis, l996, and “Trivial Pursuit: Hercules and Sixteenth-Century Moral Choices” at the Newberry Library Emblem Conference in Chicago, 1998.  She was a good citizen in the Commonwealth of Learning, having served as president of the Renaissance Society of America and also wrote 77 book reviews in 21 different journals. Her contributions to the profession overall were recognized by her winning a prestigious John Simon Guggenheim Memorial Award.

Having received her B.A. and M.A. from Oxford in 1958 and 1962 respectively, Bowen went on to study at the University of Paris and earned her doctorate, after which she taught at University of Illinois from 1962-87, rounding out her professorial career teaching French and Comparative Literature at Vanderbilt University. She was, incidentally, the first women to lead a department in the School of Arts and Science at that institution. Moreover, the percentage of doctoral students in French finding positions upon degree completion statistically was one of the highest in the nation under her directorship. She became an emerita professor in 2002.

Within the profession at large—as at her home university—Barbara Bowen was a formidable and unflinching advocate for social justice, a generous colleague, and a devoted friend whose incisive scholarship and genial wit will be sorely missed.

Nick B. Williams Professor of Literature

Sewanee: The University of the South